App to help you find kids to adopt.

An app with lots of minigames.

Find people near you with CPR or BLS training.

App to help you learn what to do with plastic waste.

A game where you feel like you're the character.

A command-line version of battleship in Java.

A VR game about teleportation.

Open your garage door over Slack.

An RTS game about modern warfare and climate change.

A racing game in Unity.

Escape the room. It's not as simple as it seems.

A web app helping people wean off of nicotine devices based on personal goals. Like a dieting app for nicotine!

Horror mystery game where one explores a mansion and has to gather artifacts along the way to escape in a creepy environment.

We made a circle that wen't in three directions, until 15 minutes ago when we wrote the other direction.

A website that shows people who are interested or curious in CS what they can do in the field.

An app to help the color blind identify colors.

an app to help you study by taking practice tests

Website that finds and sources happy, motivational, and uplifting things.

Zombie Survival game where you try to survive as long as possible.

Game where you make sure your food is good.

Shoot zombies and survive as long as possible.

Goes through Instagram posts and captions and see likelihood of a school shooter.

Infinite shooter and survival game based on the 4 elements.

Use text image recognition on an ingredients label to see if you can still eat the item.

A mobile game about jumping on platforms infinitely.

A platformer in a magical jungle.

A tapping game where you flip a cube.

A game about a tropical island.

A reporting system for mass crime.

An app to reserve a table in a restaurant.

Choose your own adventure.

Home Away from Home

An app that allows people to carpool from school to home for holidays.

A website that allows entrepreneurs and inventors to make deals using blockchain.

A sidescroller / an image encryption thing.

This program will use facial recognition through your webcam to let you know when you're slouching in your seat. 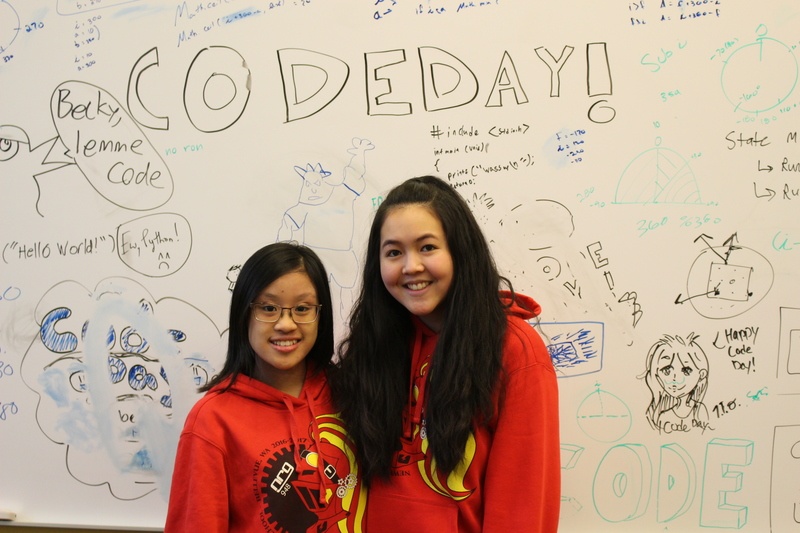 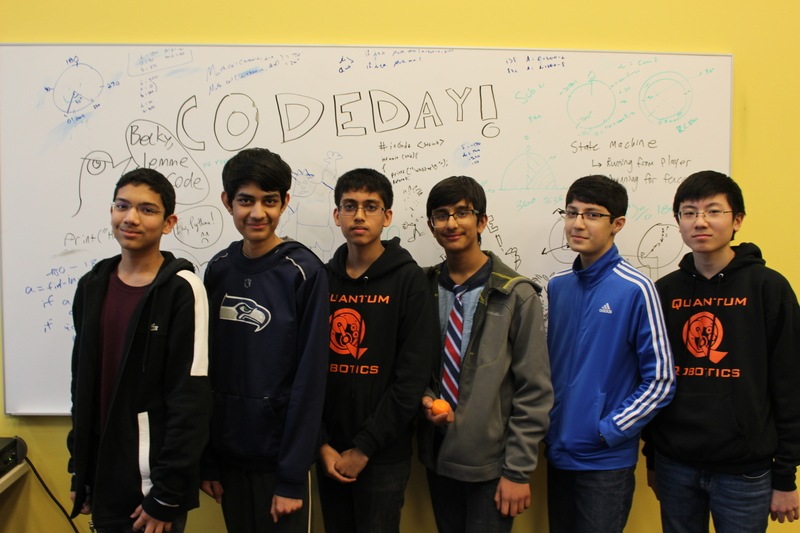 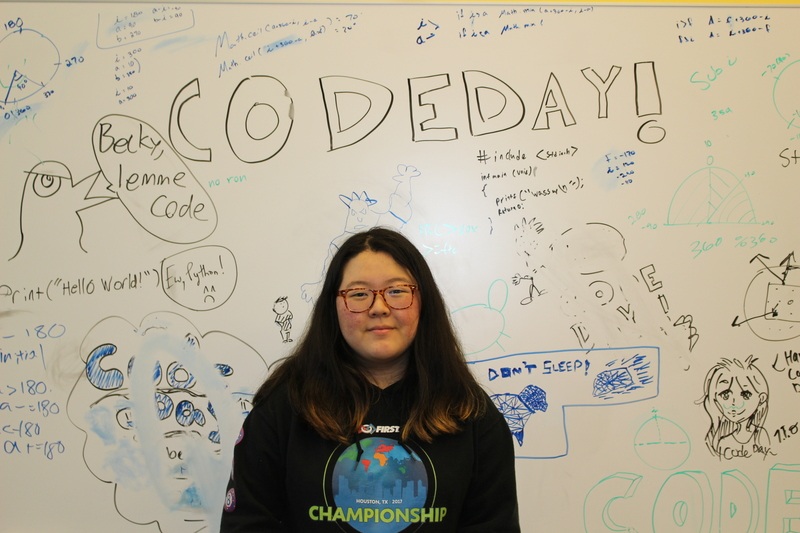 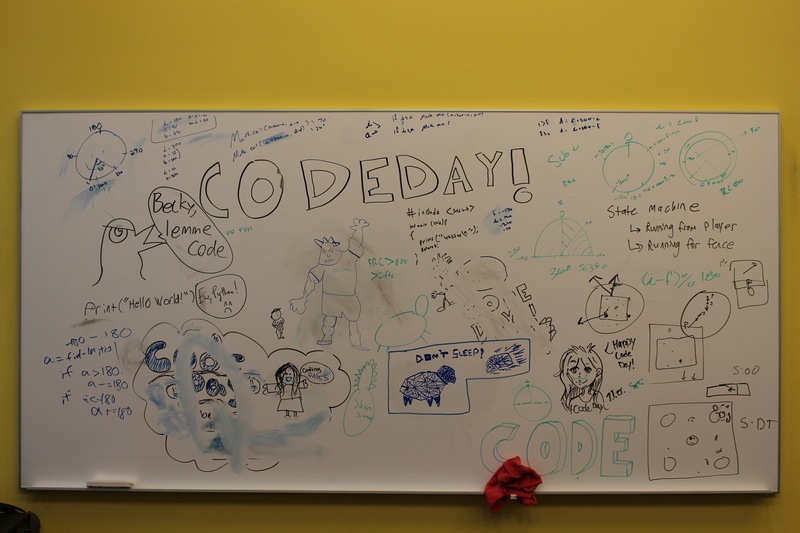 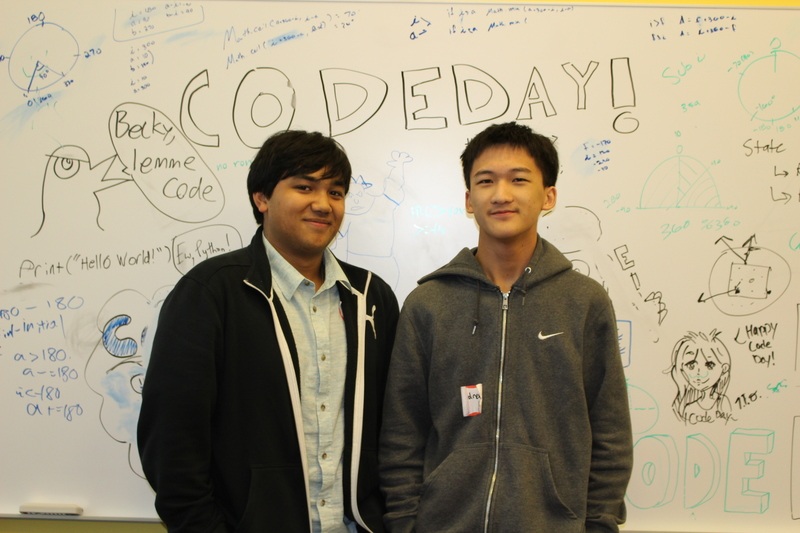 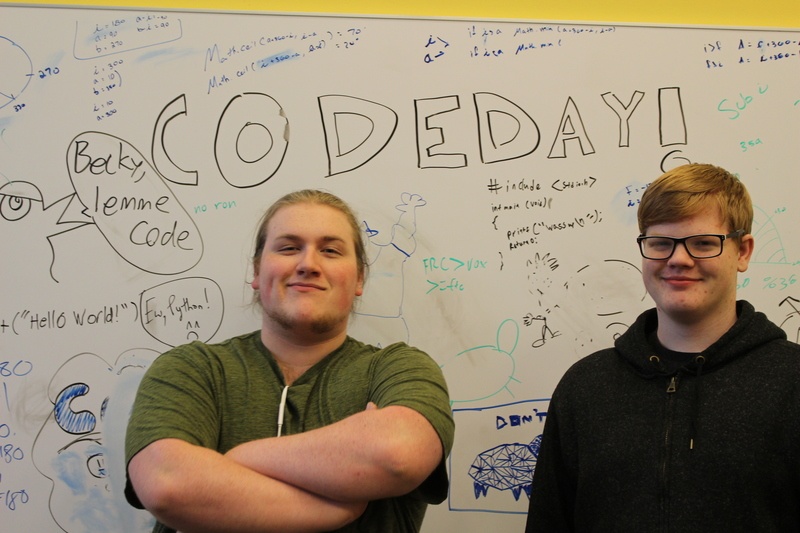 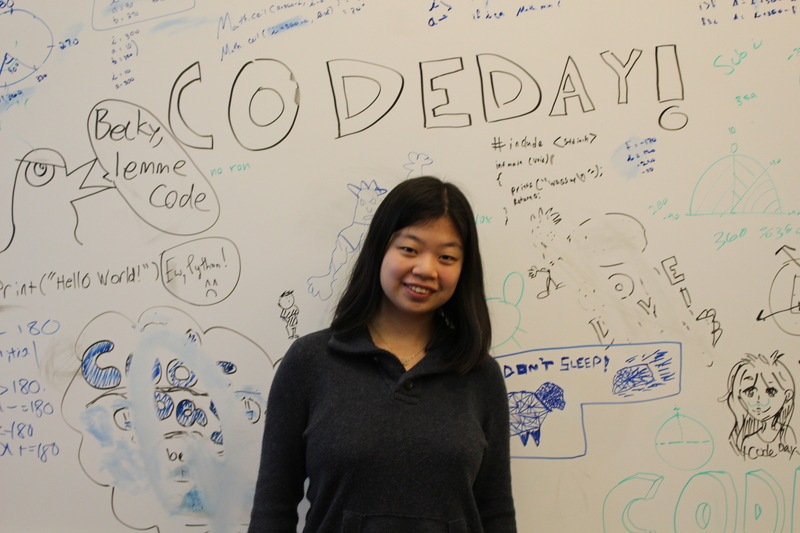 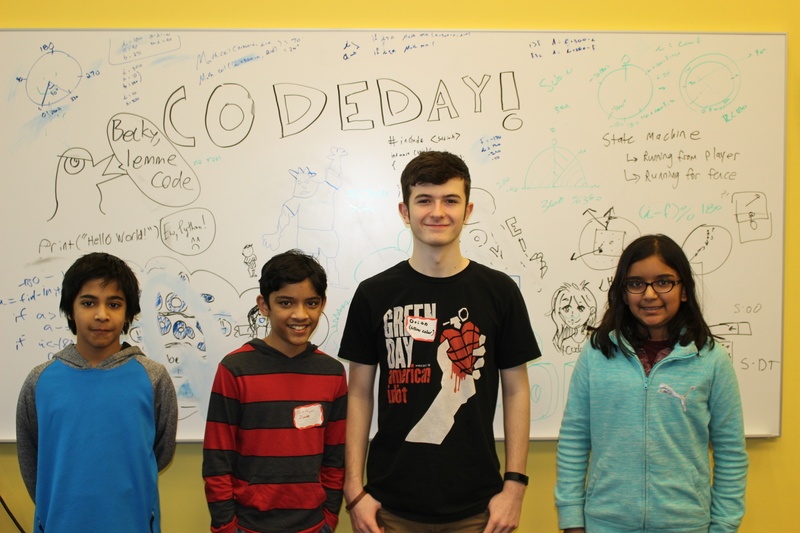 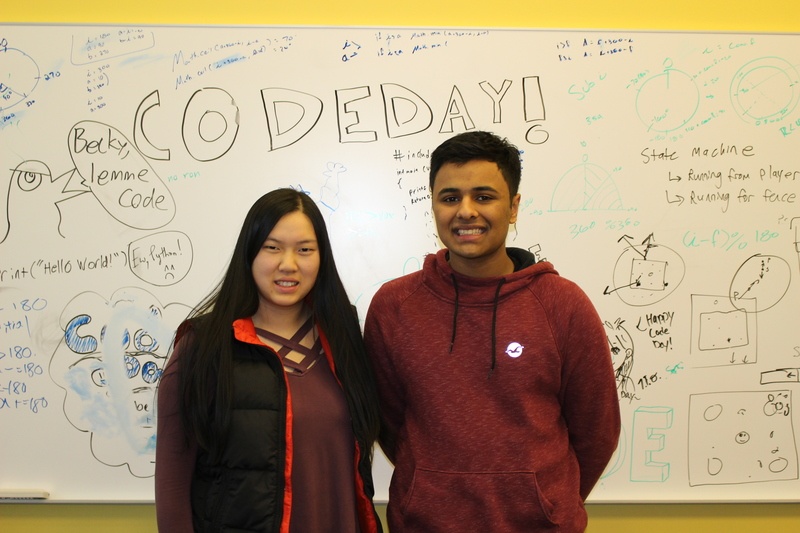 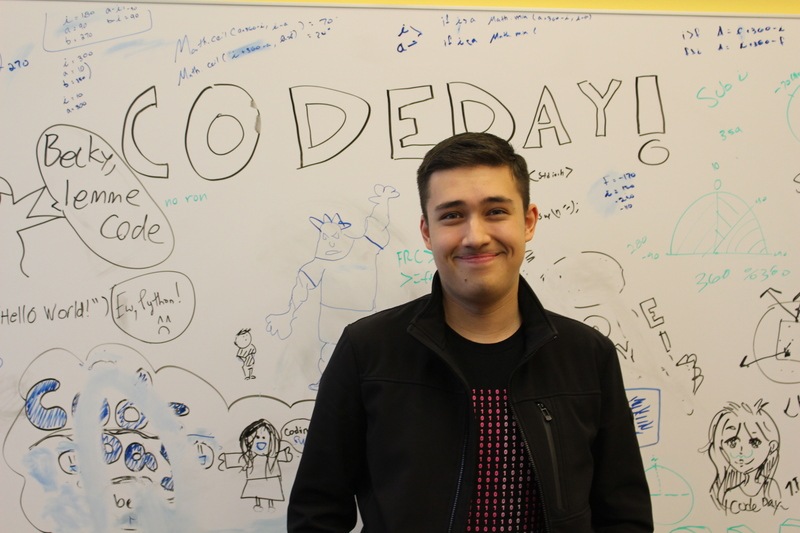 A megaman ripoff with buff dudes

We are making a website that auto-generates titles for images to upload to instagram. We are using the google compute engine to do image recognition to identify items in the image and pick movie references that are related to the image.

Do Not Hit Me

An endless game, one screen platformer.

We are making chess but it is real time an all the pieces start as pawns. Later on the pieces can combine together to become stronger. We wrote music for it and made it space themed!

A dating simulator written in java

Suggestion extension for Chrome. It's a chrome extension that gives you suggestions about other things you could buy with your money when you hover over a price. For example, price in terms of other products. Ex. Seventeen spoons to a sandwich!

We are making an alarm clock that asks you questions to help you wake up in the morning.

A runner game that's about reflexes and decision making. Dash Land is complete with pixel art made by the group.

Trialangle is a twin stick shooter in which there are three seperate boss characters from which you take missions from bosses to attack other bosses, and gain abilities, all the while changing the balance of power in the region.

Smart walking stick for the blind.

We are making an app that checks online stores and calculates the min/avg/max price of items accross all the stores.

2D sidescrolling platformer. Main character is a dog that navigates 5 levels that are themed after different companies. It was made in Python.

Password manager made in Python, HTML/CSS and Javascript (the whole sh-bang!)

We are making a minimalist note taking app with google authentication and integration. We are making an android app, a webapp, and a backend. 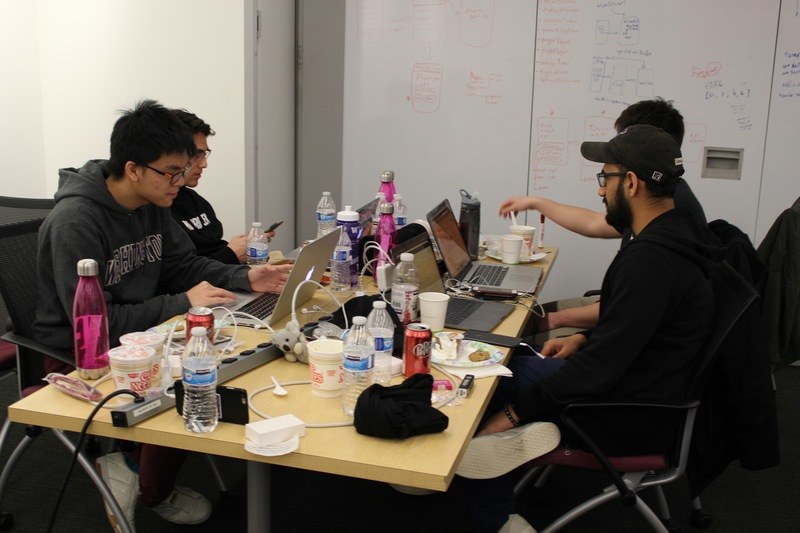 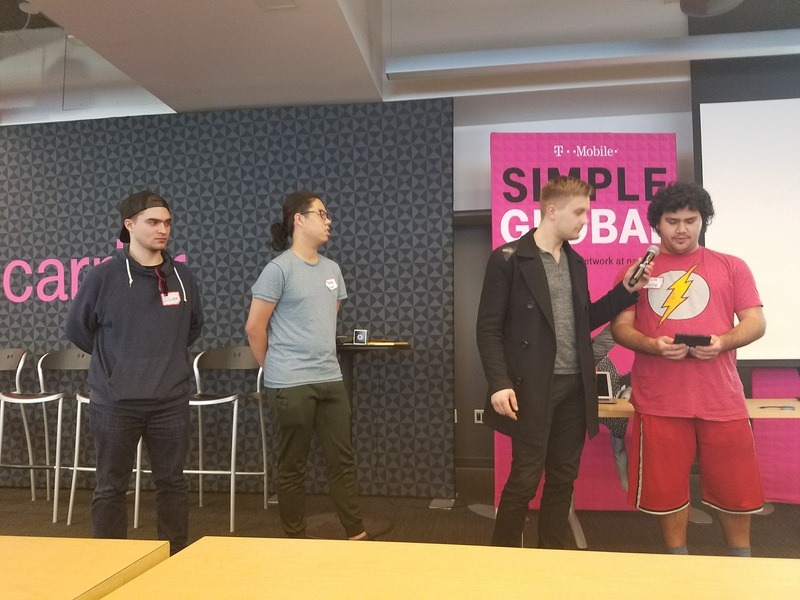 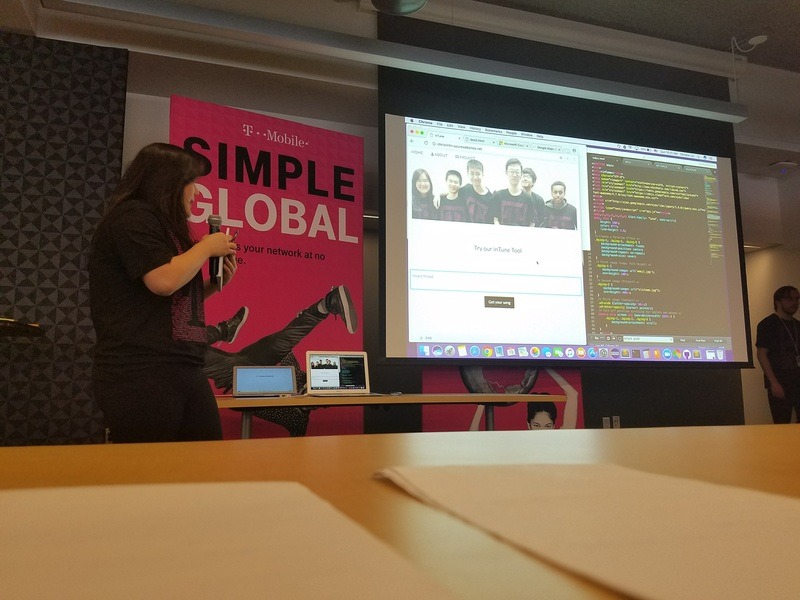 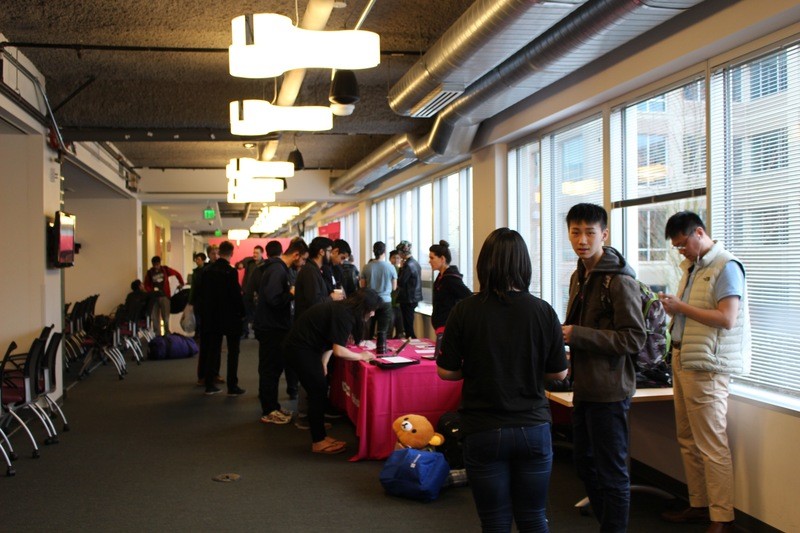 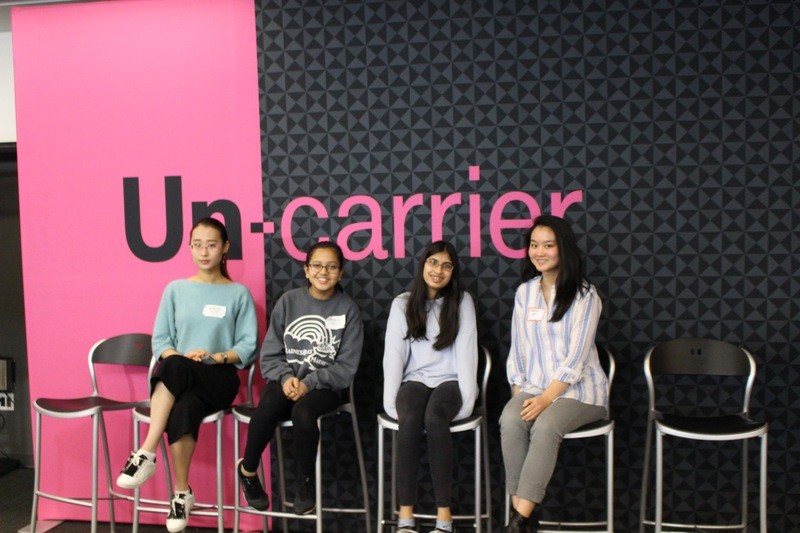 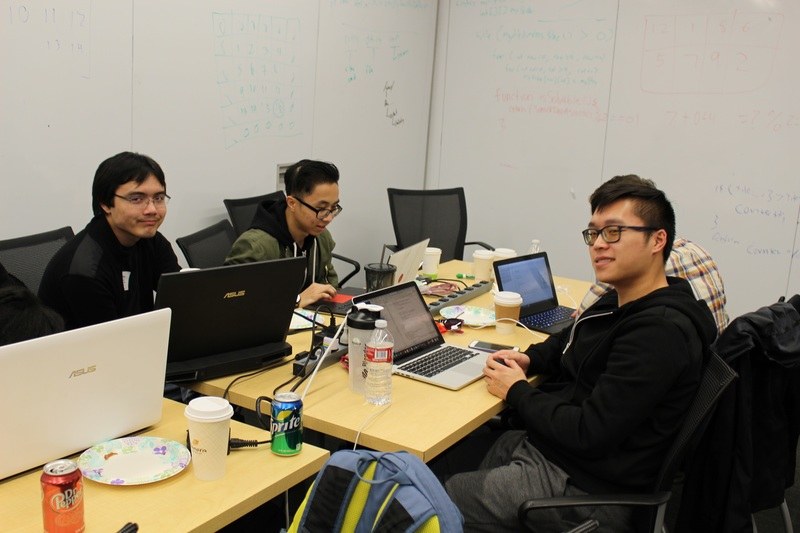 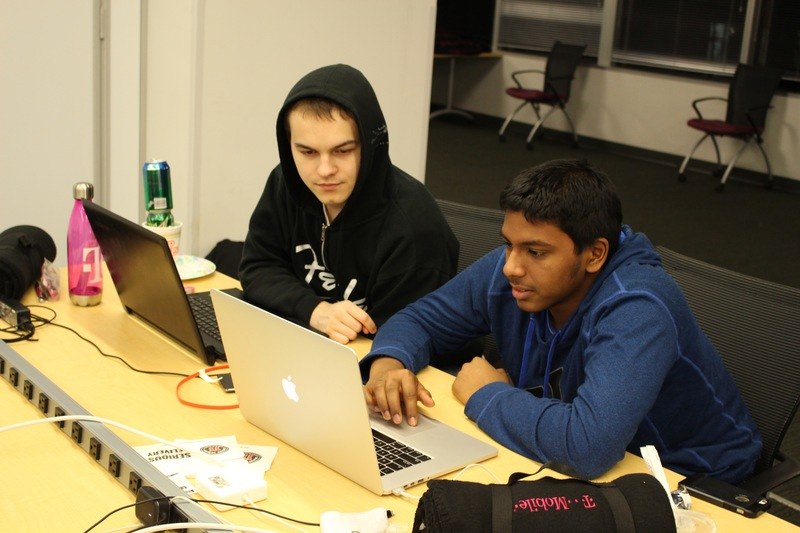 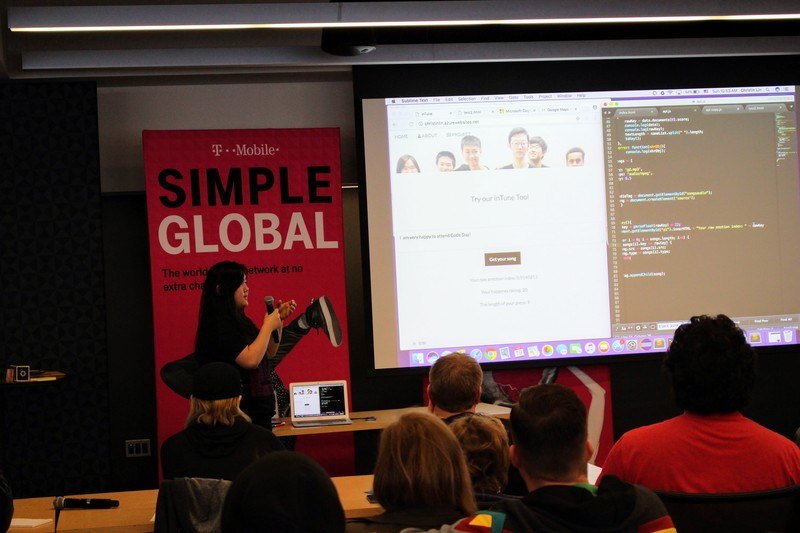 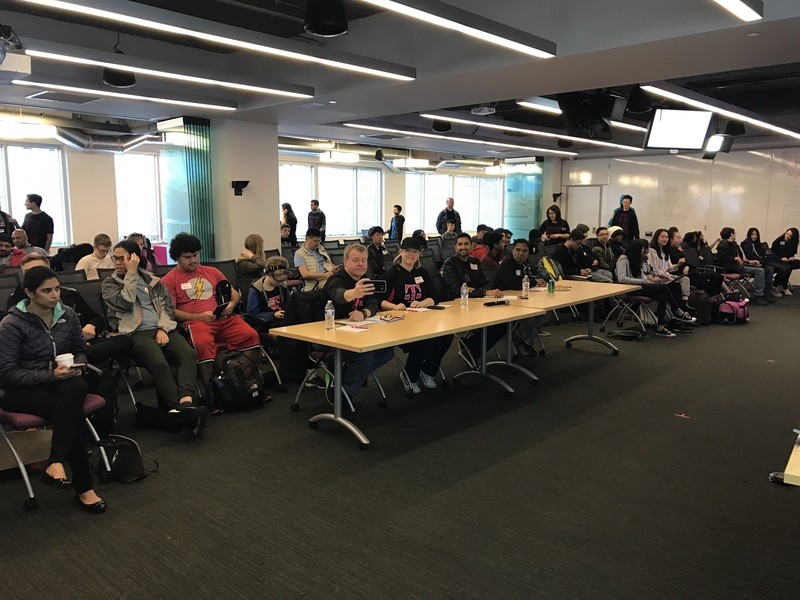 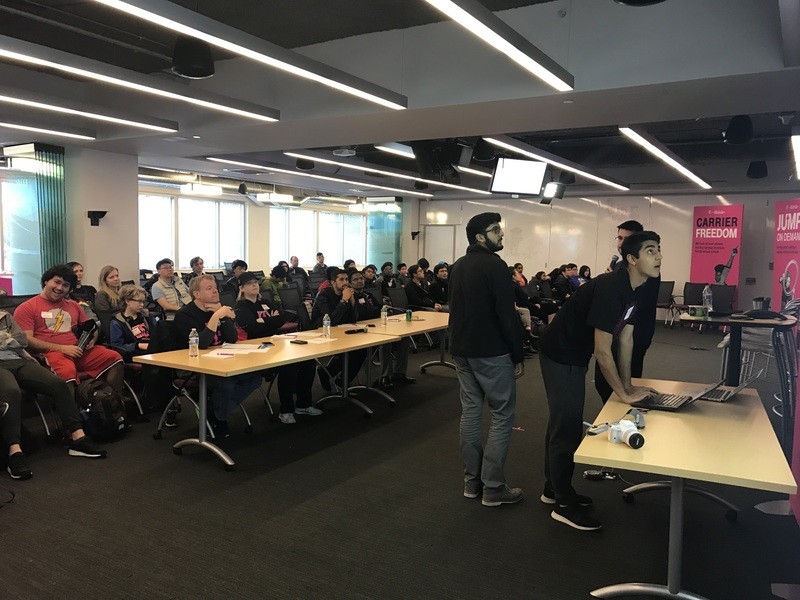 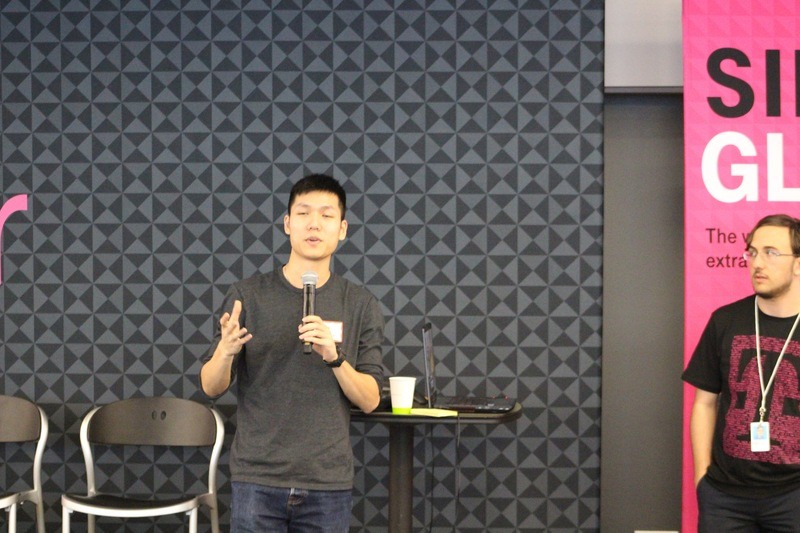 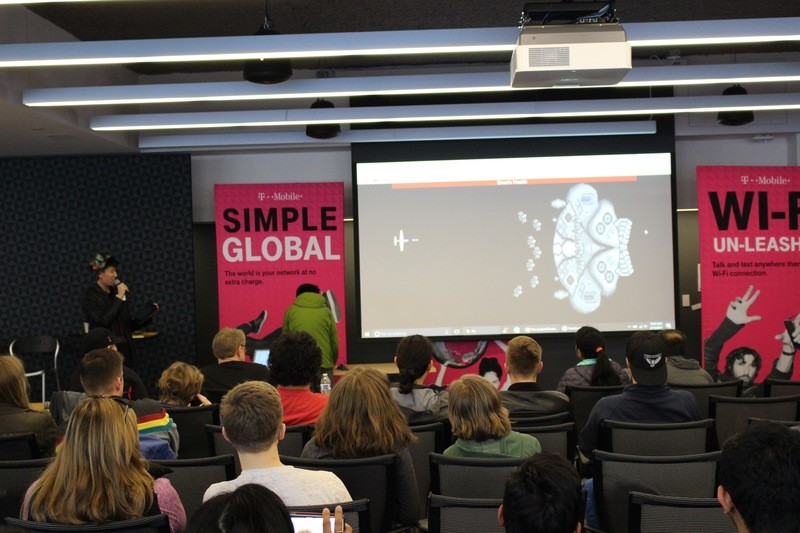 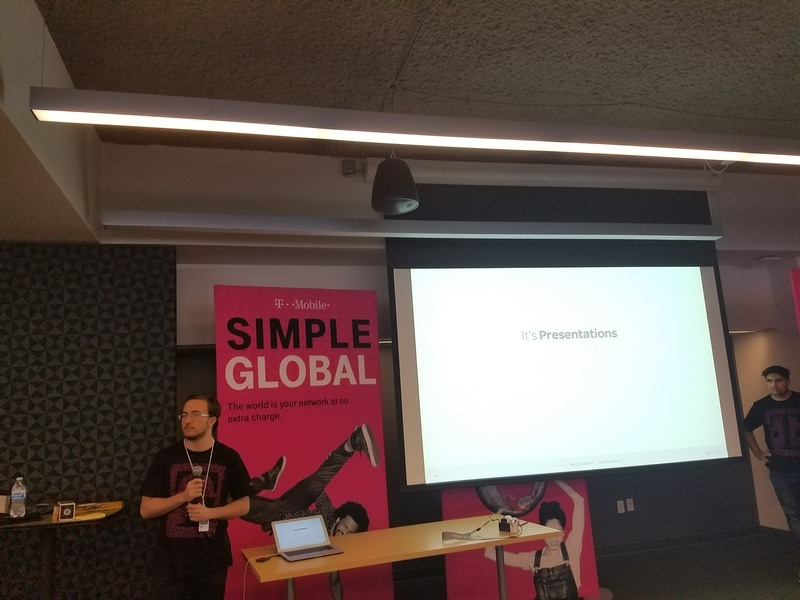 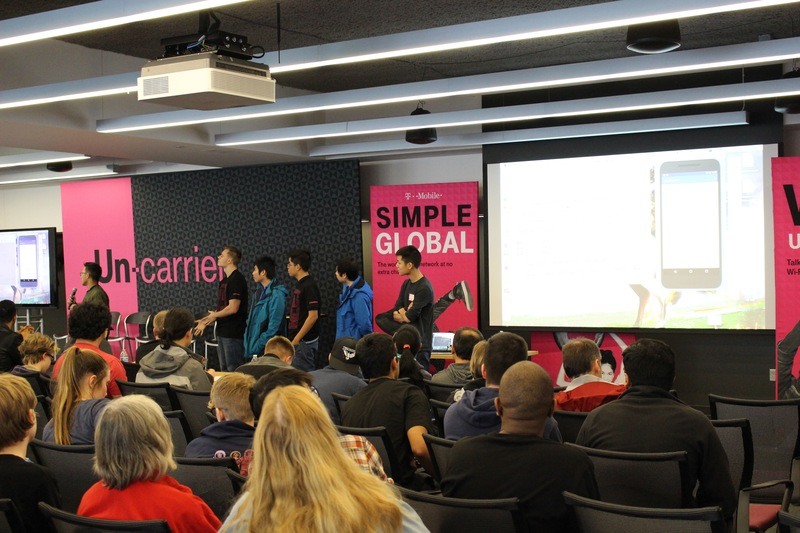 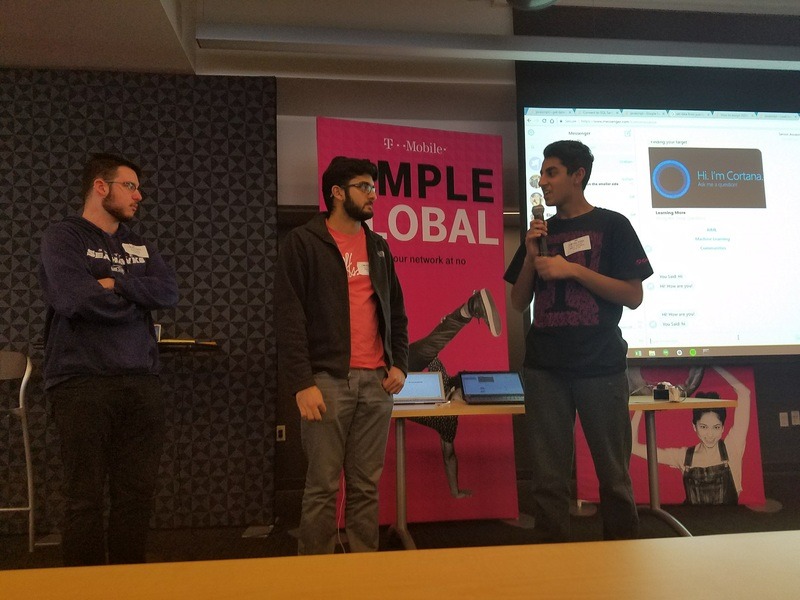 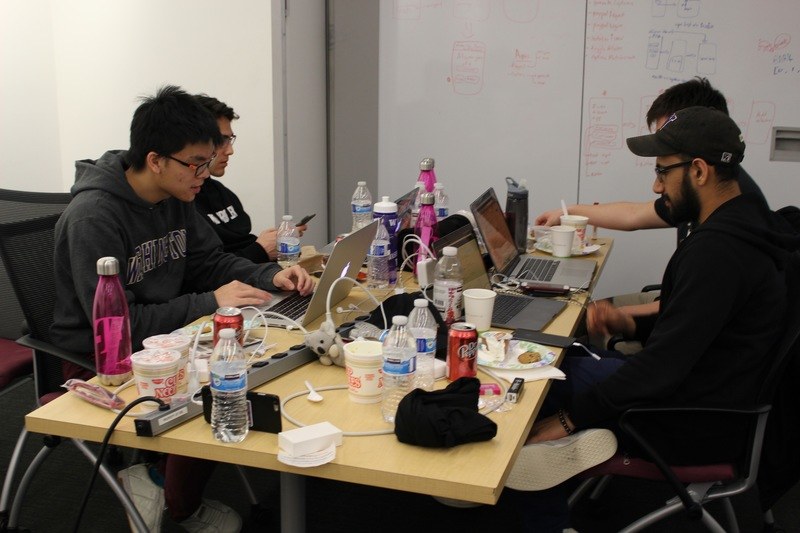 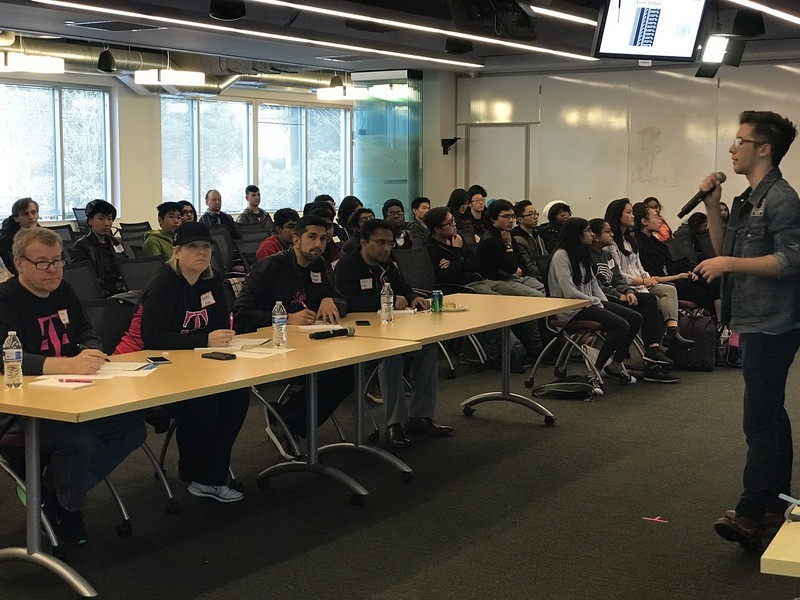 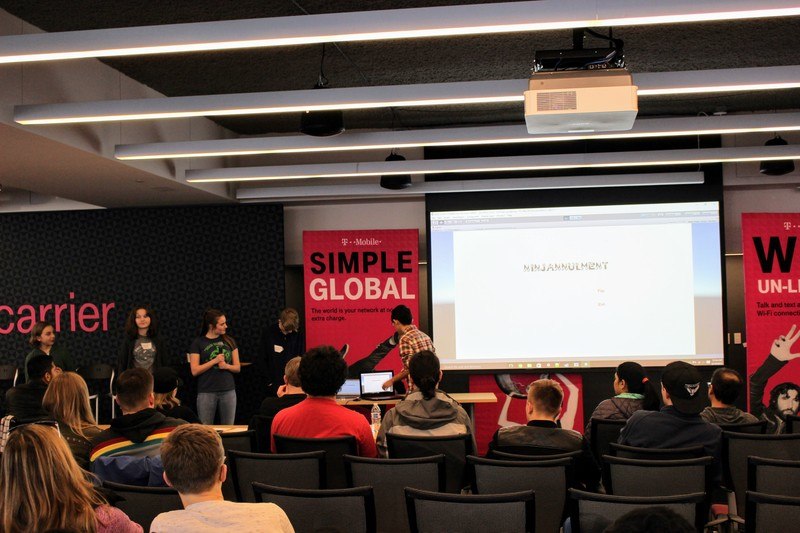 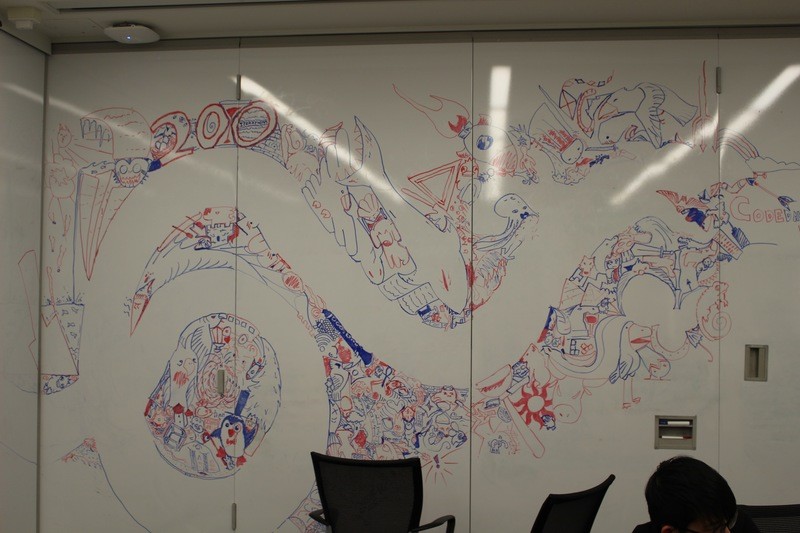 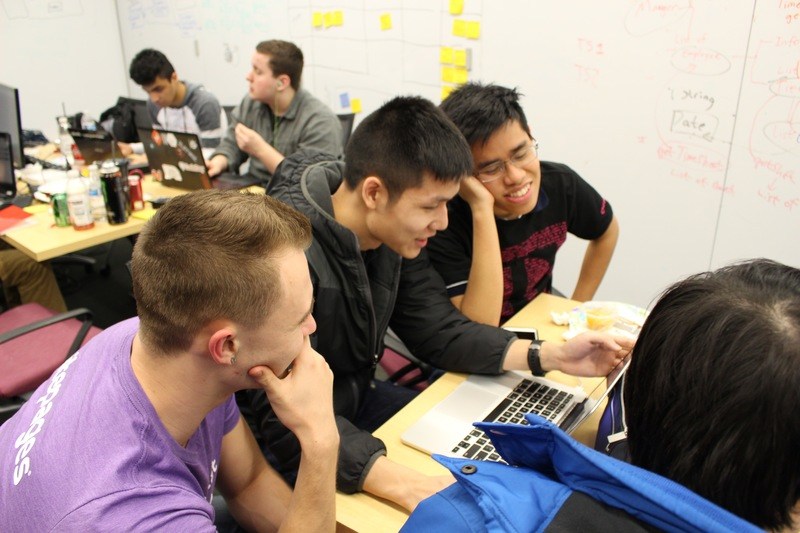 We are playing CTF

The beginning of a story/puzzle game that takes place in the near future.